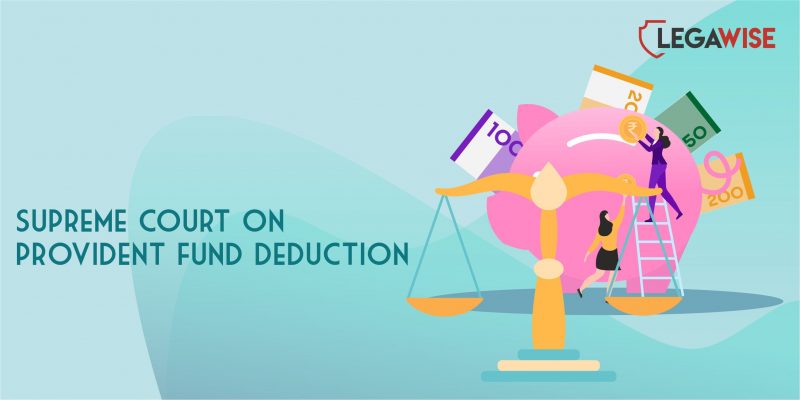 In its recent judgement on 28thFebruary 2019, the Supreme Court of India has ruled that any ‘special allowance’ must be included in basic pay for calculation of provident fund (PF) deduction from employees and the company.

Over the course of years, employers have introduced various elements of allowances/components in the compensation structure of the employees. Which was the main point of discussion in this case: whether these components should be included under ‘basic wages’ for the purposes of PF contributions. This article discusses the reasoning and impact of the SC decision on employee compensation.

“Special Allowance” to be included in “Basic Wage”

As per the Employees’ Provident Funds and Miscellaneous Provisions Act, 1952, “basic wages” means all emoluments which are earned by an employee while on duty or on leave or on holidays with wages in either case in accordance with the terms of the contract of employment and which are paid or payable in cash to him.The EPF Act, requires an employee contribution of 12% of his basic salary to EPF along with a matching contribution from his employer. As per Section 2(b) of EPF Act, basic wage refers to all emoluments given to an employee excluding the following:

While expanding the interpretation of the “basic wage”, the Supreme Court reasoned that in case any amounts paid to the employee were “variable or were linked to any incentive for production resulting in greater output by an employee”, such amounts should not be included in calculating PF.

Further, it was also held that in order to determine whether any amount goes beyond the basic wages, it has to be shown that the employee concerned had become eligible to get this extra amount beyond the normal work which he was otherwise required to put in.

Hence, employers cannot segregate ‘special allowance’ from basic wages and must include it for calculation of PF deductions.

Impact of the decision on companies

Since, The employer, under the PF Act, has a statutory obligation to make a matching contribution (currently 12 percent) to EPF. This decision will impact the quantum of contribution of the employer towards EPF.

Following the judgement, when special allowance is considered as a part of basic pay, the take-home salary of the employee will be reduced by 24% of special allowance (12% as employee’s contribution and 12% as employer’s contribution). Although this will help the employees help built a big PF kitty, their take home amount will obviously be affected.

The principles elaborated and the extended definition of basic wage interpreted by the SC are now to be applied by the employers in determining the salary on which PF is being contributed and is this is especially important since the EPF department has already issued a circular directing its officers to exploit this interpretation in taking necessary action in view of this judgement.

Are You a GDPR Compliant IT Service Provider?