Drafting the Termination Clause in a Contract 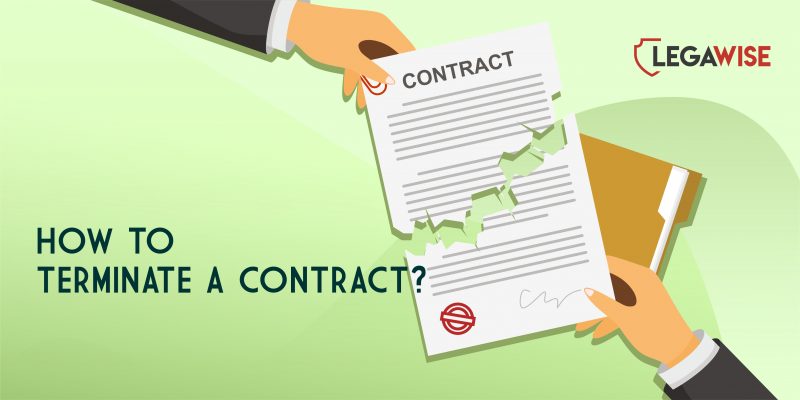 Drafting a correctly worded termination clause, upon forming a clear understanding of legal consequences is significantly important since it defines the manner in which a commercial transaction may be brought to an end. Virtually all commercial contracts have a termination clause that sets out a mechanism which the parties shall follow while terminating the contract.

This blog provides the readers with an outright understanding of the methods of terminating contracts and the legality and enforceability of such methods.

The Indian Contract Act, 1872, that regulates the Contract law in India does not provide for specific methods of Contract termination and the parties to the contract are free to adopt the methods that best suit their business relationship. Normally there are three methods of terminating commercial contracts, each of which is dealt with hereunder

Termination upon expiry of the term or completion of the contract

Termination for convenience or termination without assigning any reasons

Also known as “termination without cause”, the parties agree to terminate the contract without assigning any reason but lay down a process of termination by giving a notice to the other Party.

This clause is generally worded as follows; “………Either party hereto may terminate this Agreement without cause at any time, upon at least thirty (30) days written notice, ……..” .

Termination upon breach of the terms of the contract

Termination clauses in their nature can provide an option to the defaulting party to cure the breach that has been committed within a specified time in an mutual and amicable manner or the non-defaulting party may adopt the legal route and either seek specific performance of the contract or may ask for compensation to make good the loss suffered.

Validity of the Termination for Convenience Clause

A lot of concerns are raised over terminating contracts without assigning any reasons, their validity is often questioned and it is now settled that clause for termination for convenience  is valid and enforceable.

Courts have held that such termination, when it has been provided for under the contract, cannot be challenged even on the grounds of it being malafide. (Altus Group India Private Limited v. Darrameks Hotels and Developers Pvt. Ltd. (Delhi High Court, 20th April 2018))

Can the court order specific performance in case contract is terminated for convenience and without assigning any reason?

Non performing parties to the contract may be directed to perform its contractual obligation by invoking the Specific Relief Act, 1963.

Parties have to be cautious while drafting their contractual terms as these terms directly affect their rights under the contract. Contracts which may be terminated without assigning any reasons, being determinable contracts, cannot be specifically enforced. (Section 14(d) of the Specific Relief Act, 1963)

The Supreme Court in the case of Indian Oil Corporation Limited v. Amritsar Gas Service and Ors; (Supl. (3) 196 1991 SCC (1) 533) has held that an agreement is revocable by giving certain days notice period allowing the parties to terminate the contract without providing any reasons, it would fall under the category of determinable contracts and therefore specific performance of the contract cannot be granted. The only relief that can be granted to parties in such a case is an award of compensation for the period of notice.

The termination clause is a critical term that should be thoughtfully and meticulously drafted in order to protect either party to the contract.